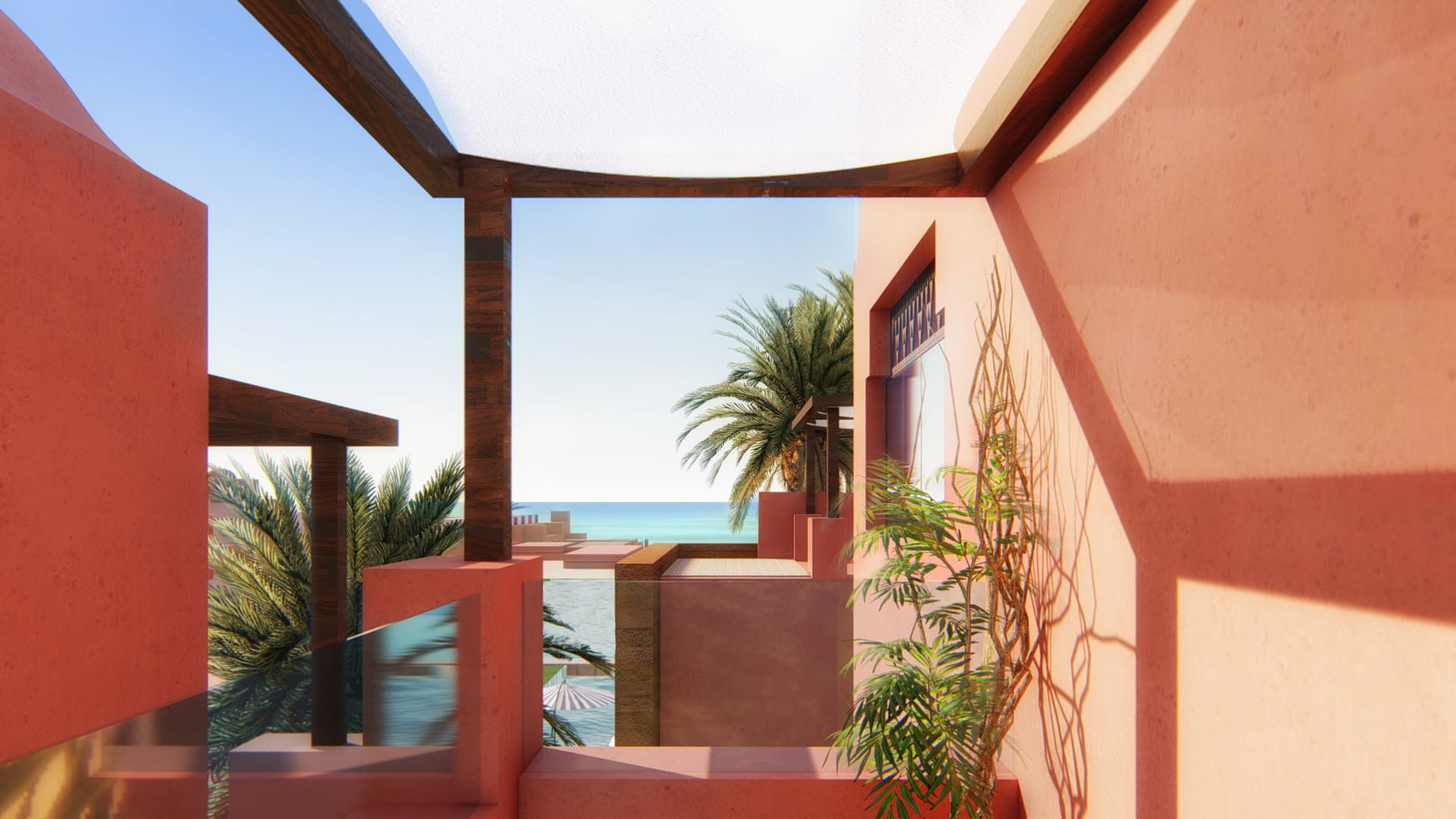 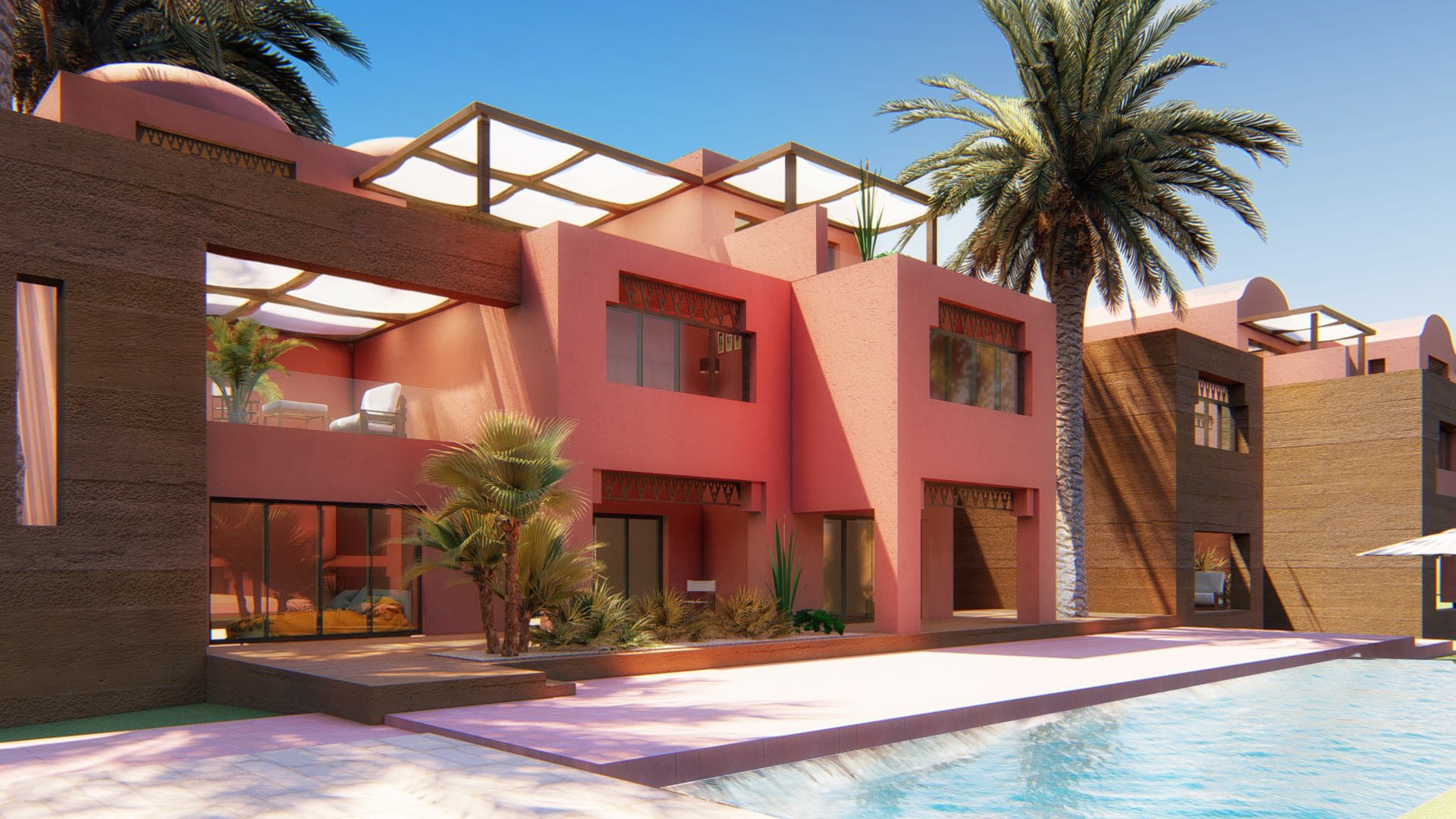 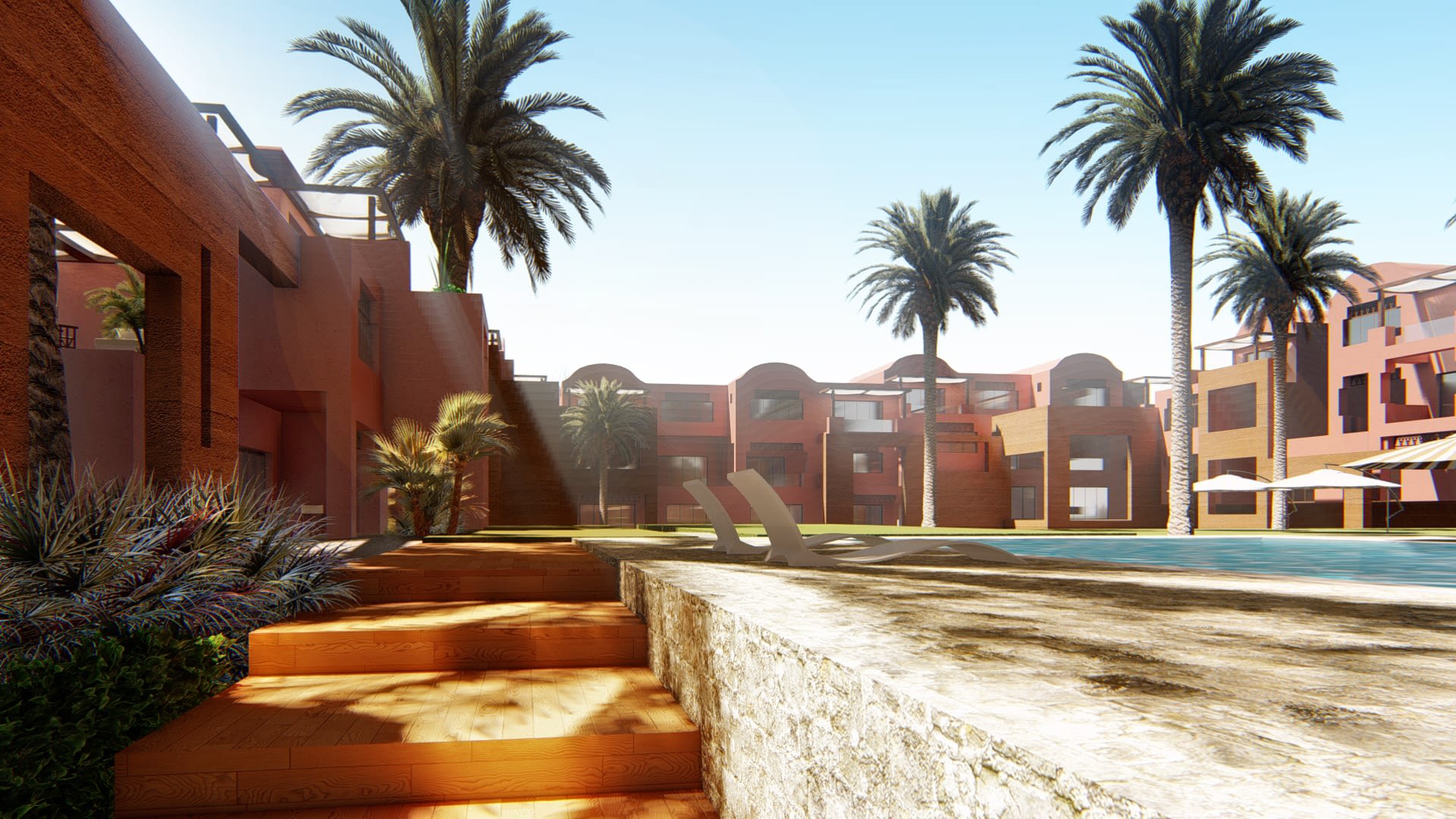 As part of the philosophy of the project, with respect to the site and nature of the context. The extension is designed as a collection of ‘loges’; a village alike of connected units rather than a single monotonous unit, with reference to the local architectural vernacular style of the red-sea zone where mountains are an omnipresent feature of the landscape, forming a picturesque backdrop for most inland horizons. The project organization is inspired by the beautiful composition of old district cities which embraces the concept of natural combinations and the beauty of shade and shadows. The project is divided into two main wings on the site that include between them one large landscaped grounds and a variety of water features. The proposal provides a focal point of quiet and social gathering in order to design and build an architecture that not only responds to its context but also the need for function.

The semi-rectangular con guration of the plot guided the designers in their approach and is at the origin of the linearity of the plan set towards the beautiful sea view as the main parameter that shapes the organization of the units. As an inspiration from the traditional old Arab towns as dense-growing units. The Hotel Rooms are stacked in various combinations and connected, they vary in shape and size since they are formed by group units clustered in different configurations to form a multilevel and a neighbourhood village-like community. The proposal o ers 4 different room typologies that vary in size from 47 m2 to 98 m2 including terraces; which will act on attracting a mixed group of hotel visitors; an important factor in creating a vivid urban environment. Taking advantage of the dimensions and characteristics of a space like this, units are designed, where double heights and levels are recognized, creating spaces that are lived openly both inside and outside.

Like building blocks, the modules are assembled together horizontally and vertically. The construction system thus creates a great variety of options for developing each unit individually and privacy, creating an interesting non-repetitive vernacular complex. By stacking the “units” invariant geometrical configurations, it was able to break the traditional form of orthogonal traditional buildings. It is these modules that generate the interior and exterior space of the units, providing volumetric and spatial complexity as well as providing diverse visuals, both from the exterior and the interior. The simple arrangement of the units is largely devoid of decoration, focusing instead on the quality of the site, natural materials and visitors’ enjoyment of the environment. Traditional construction techniques and authentic materials are combined with a new formal language to create a special complex that is in sympathy with both the spectacular mountainous surrounding and coastal location of Marsa Alam. 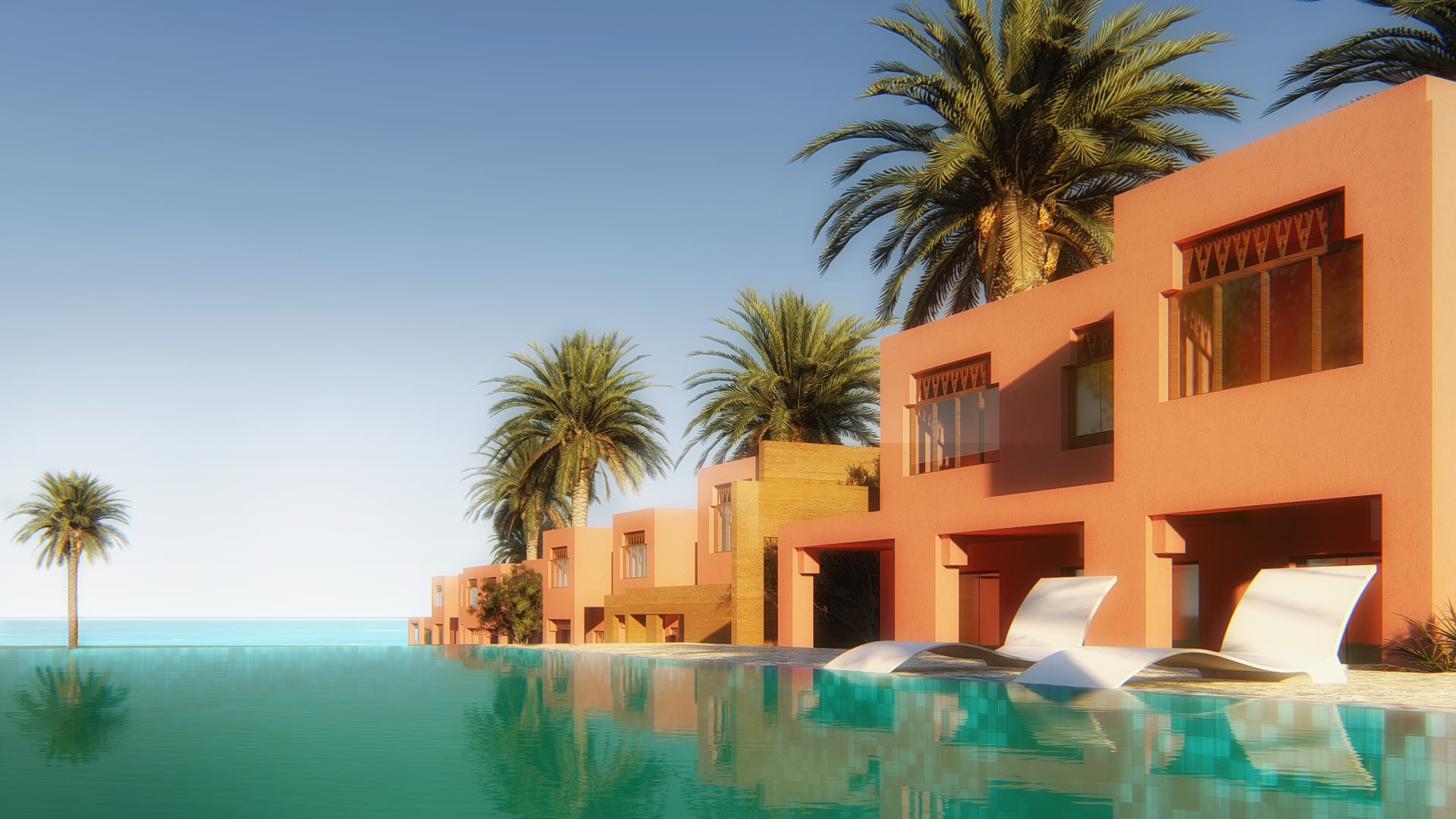