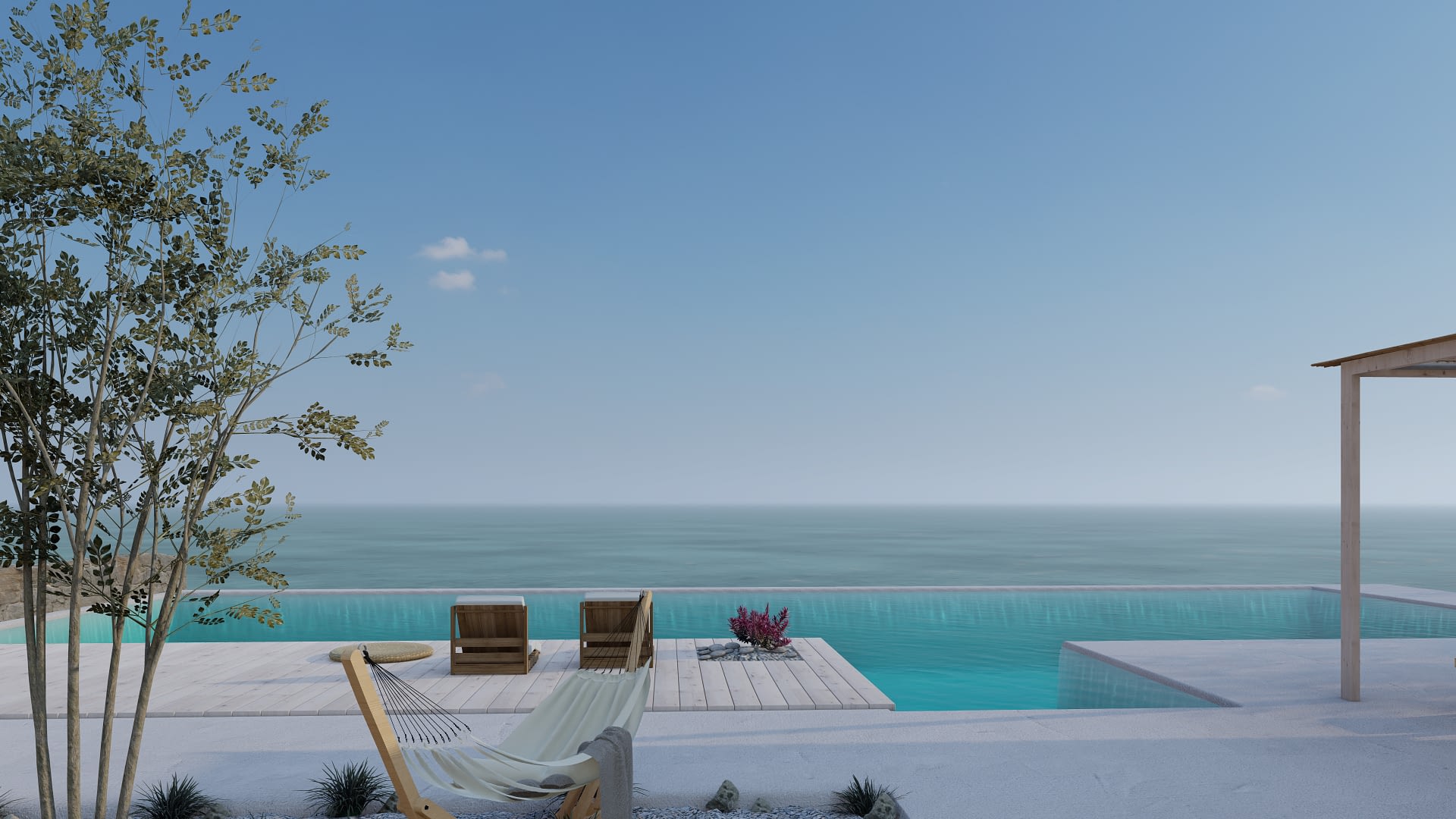 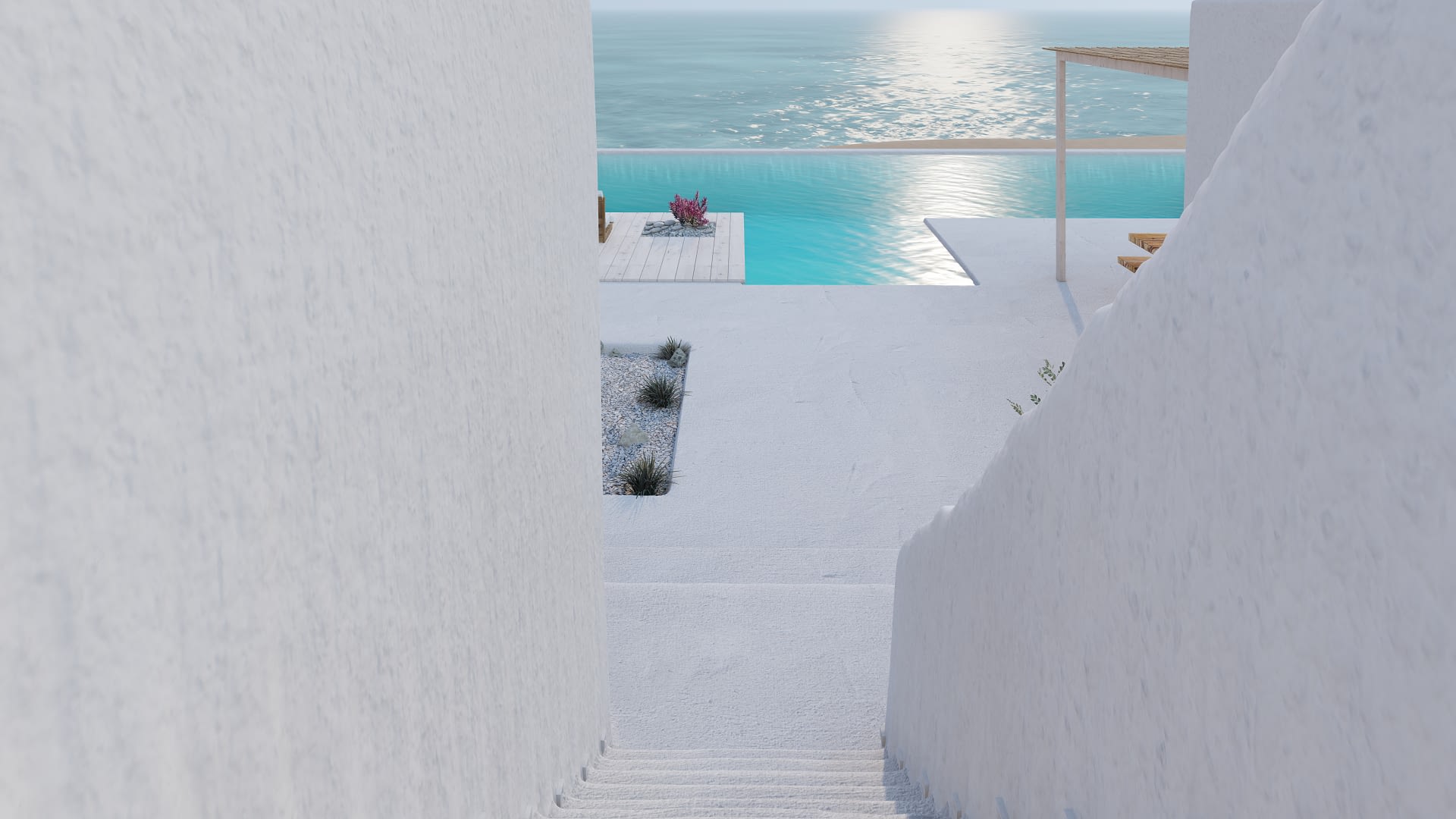 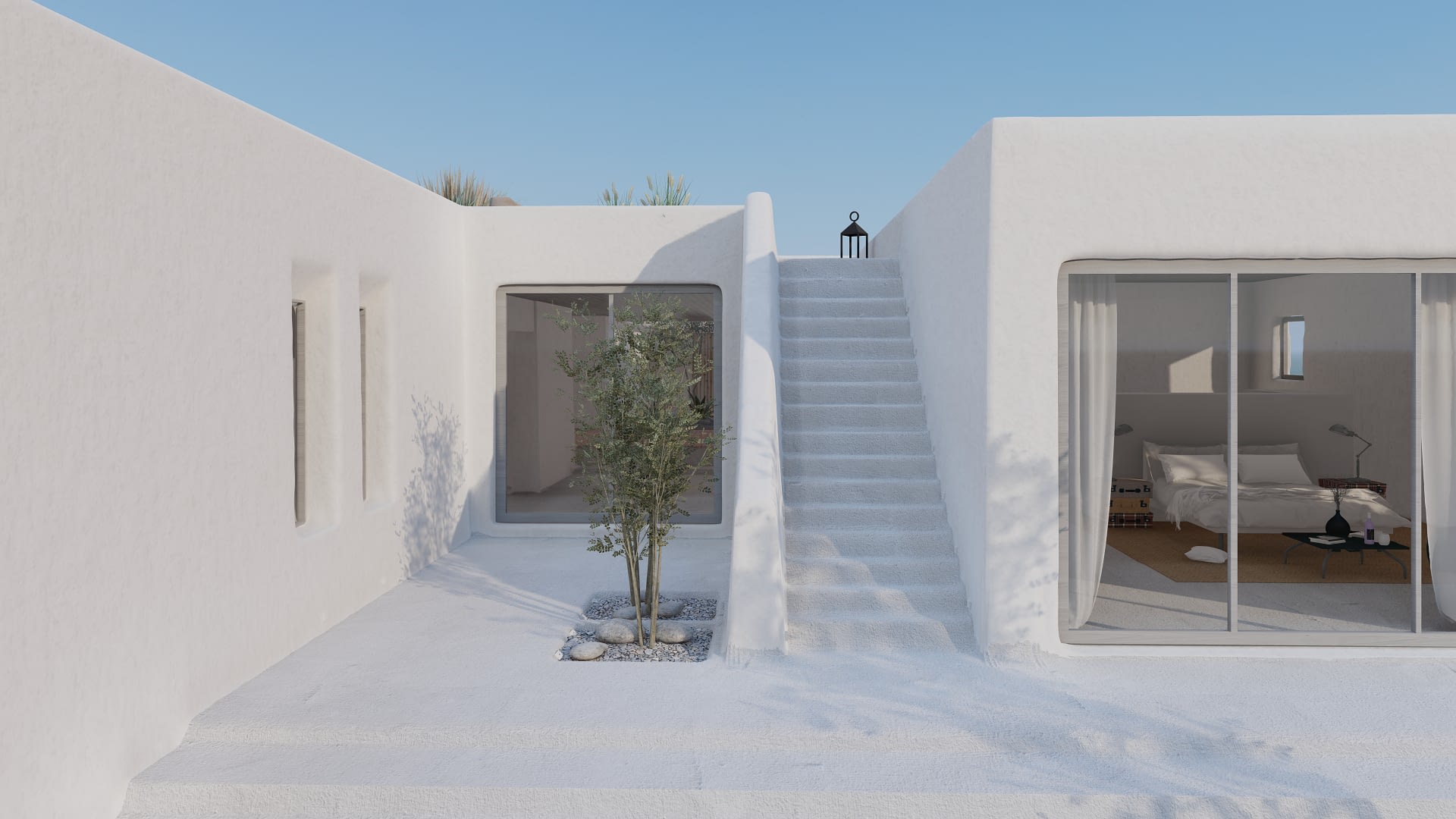 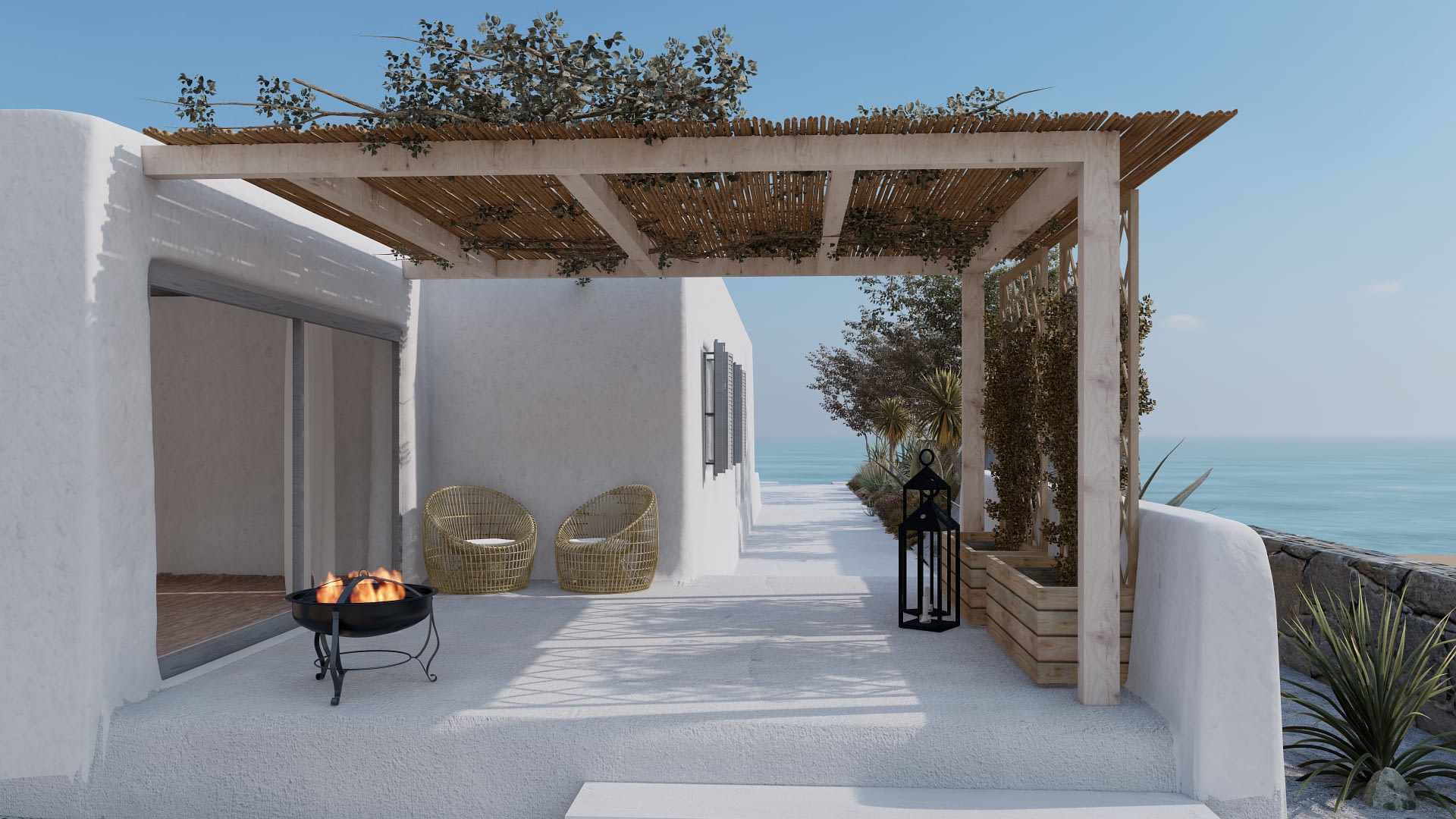 Located on the beautiful Crystal white beaches of the North Coast, ENCODE designed a modern vernacular retreat as a reinterpretation of Cycladic architecture spirit. Inspired by the traditional flat roofs, cubic forms, desert landscaping, and dazzling brushed whitewashed walls which are considered dominant features of the architecture introduced.

Glitters in an abstract concept under the glorious Mediterranean sun adding a minimal touch to the white summer house. Simple, modern, and conservative, but utterly beautiful and unique, Nestled into the site’s plot, the structure’s design features an expansive terrace with a pool, overlooking the crystal Mediterranean seashore. The masses are clad in a white plaster facade and are joined by this shared terrace. At the edge of the plot, a rectangular modern infinity pool extends out toward the coastline. In addition to the presence of large openings in the North facade to afford the area expansive views.

Speaking of the idea behind the concept, the designer introduces the engagement of the internal spaces with the splendid exterior scenery. Through the "gate of heaven" entrance present of the main spine engages the user directly throughout the extraordinary breathtaking front outer scene. The one-story house is formed by a split spine that connects all the house zones, providing a smooth transition from totally open to semi-opened leading to closed through the different functional areas. Intimacy, coziness, and comfort were key elements adopted in the design decisions. Emphasizing the breathtaking view, heartwarming hospitality, comfortable rooms leading to create enjoyable healthy lit interior spaces, and playful contrast between solids/voids - shade and shadows. Via the house spine, the user can reach the intersection of the two entrances axes, embracing the patio and the living areas with private accessibility to the night areas. 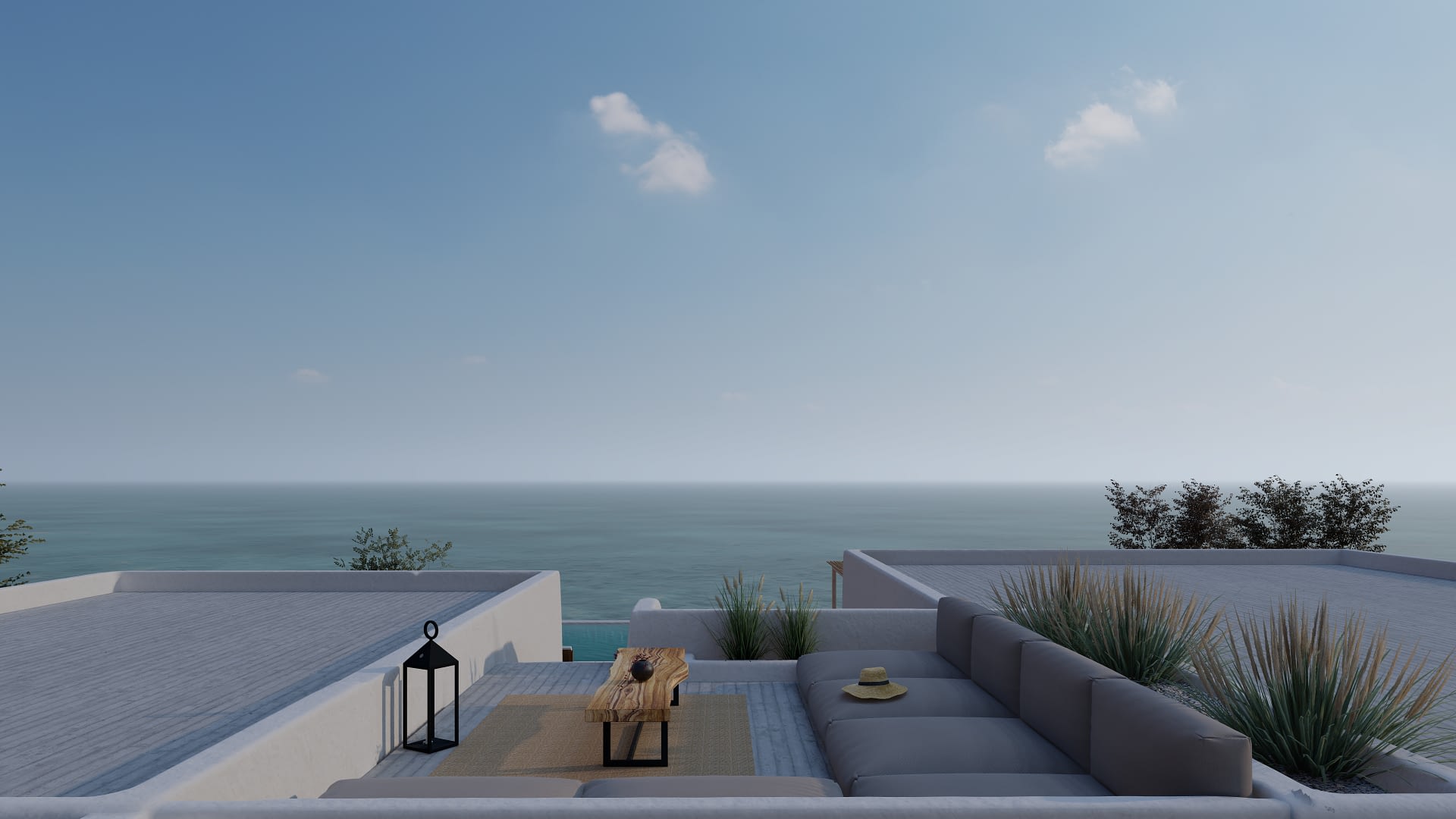 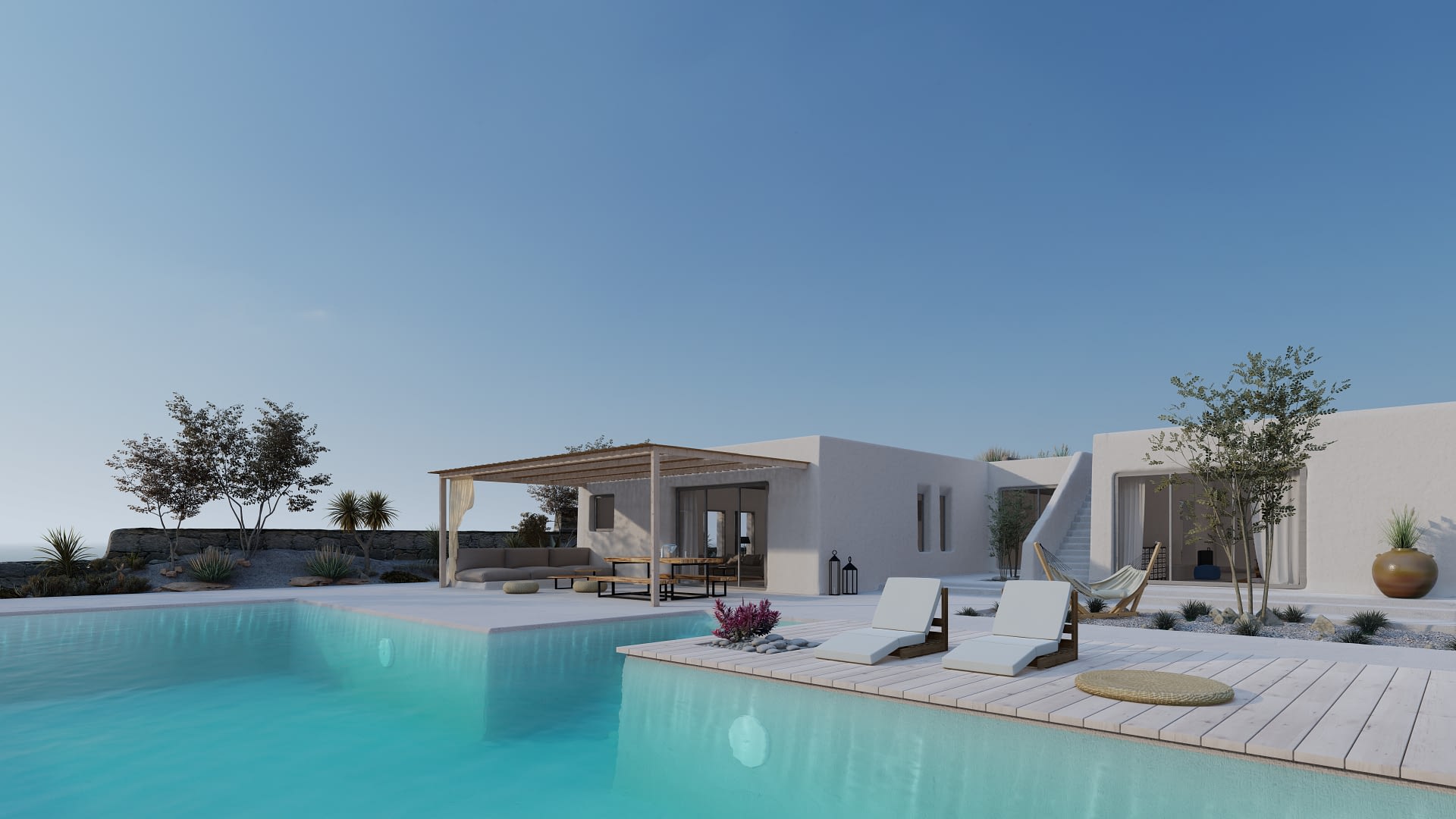 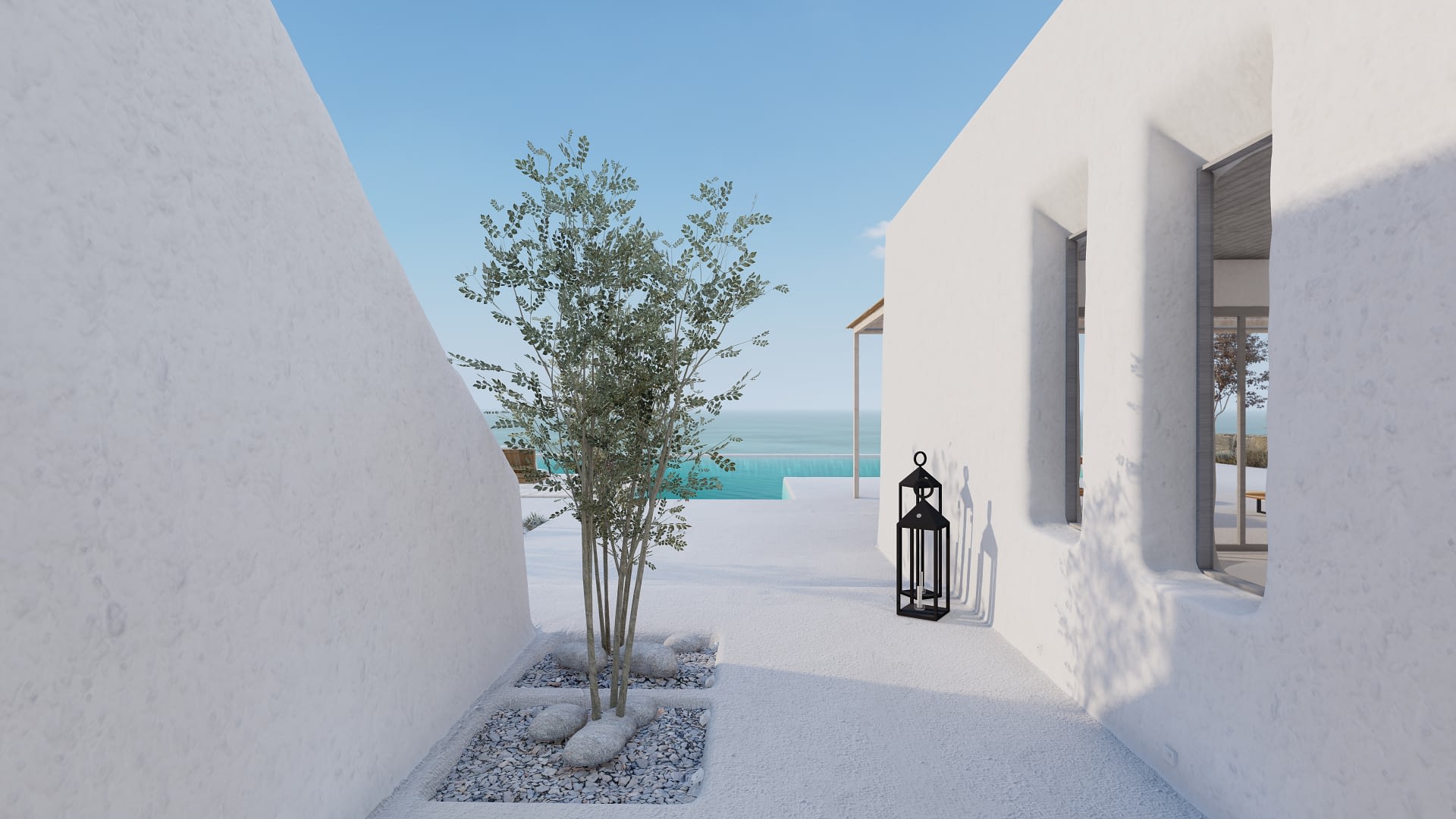 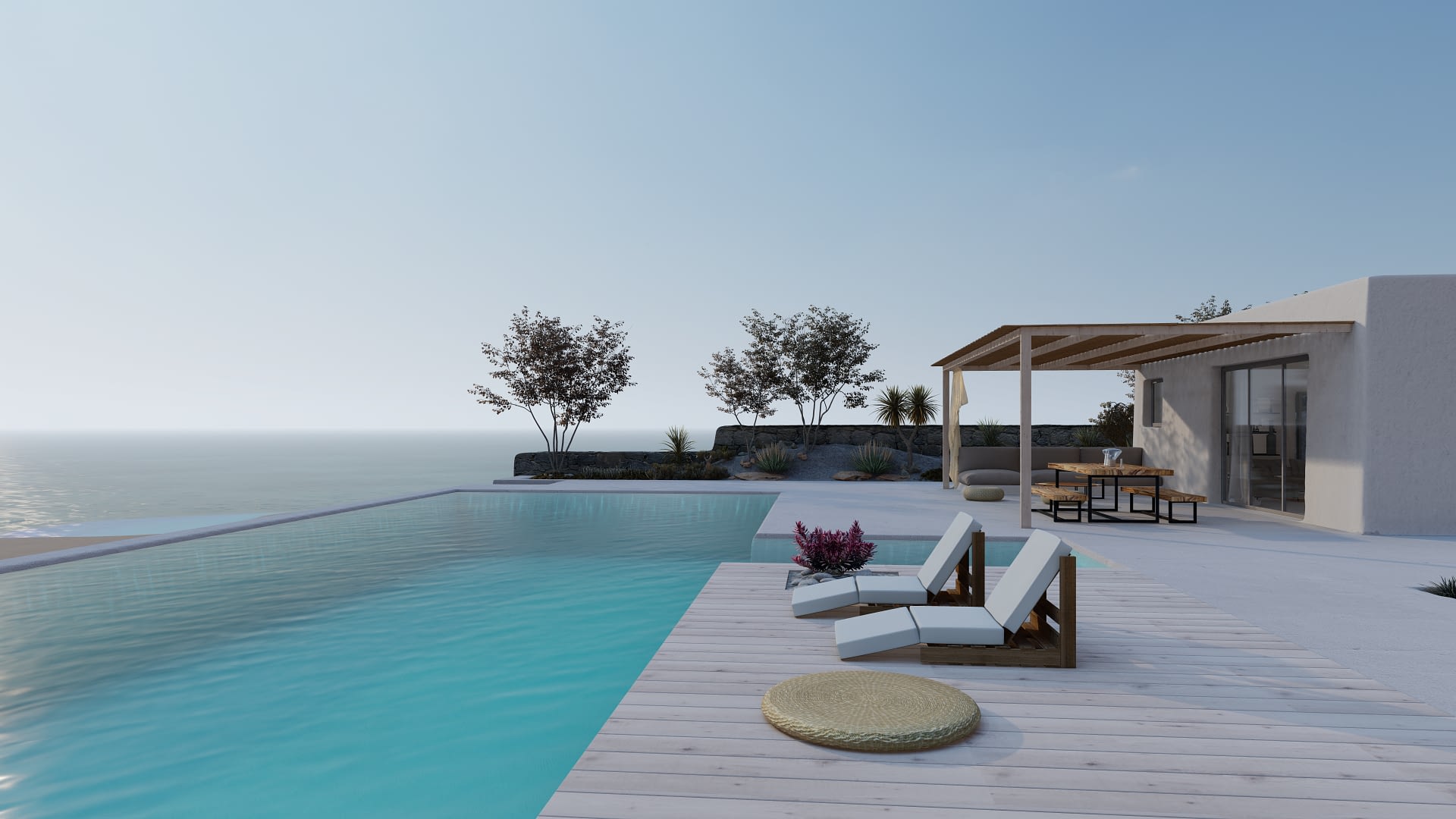 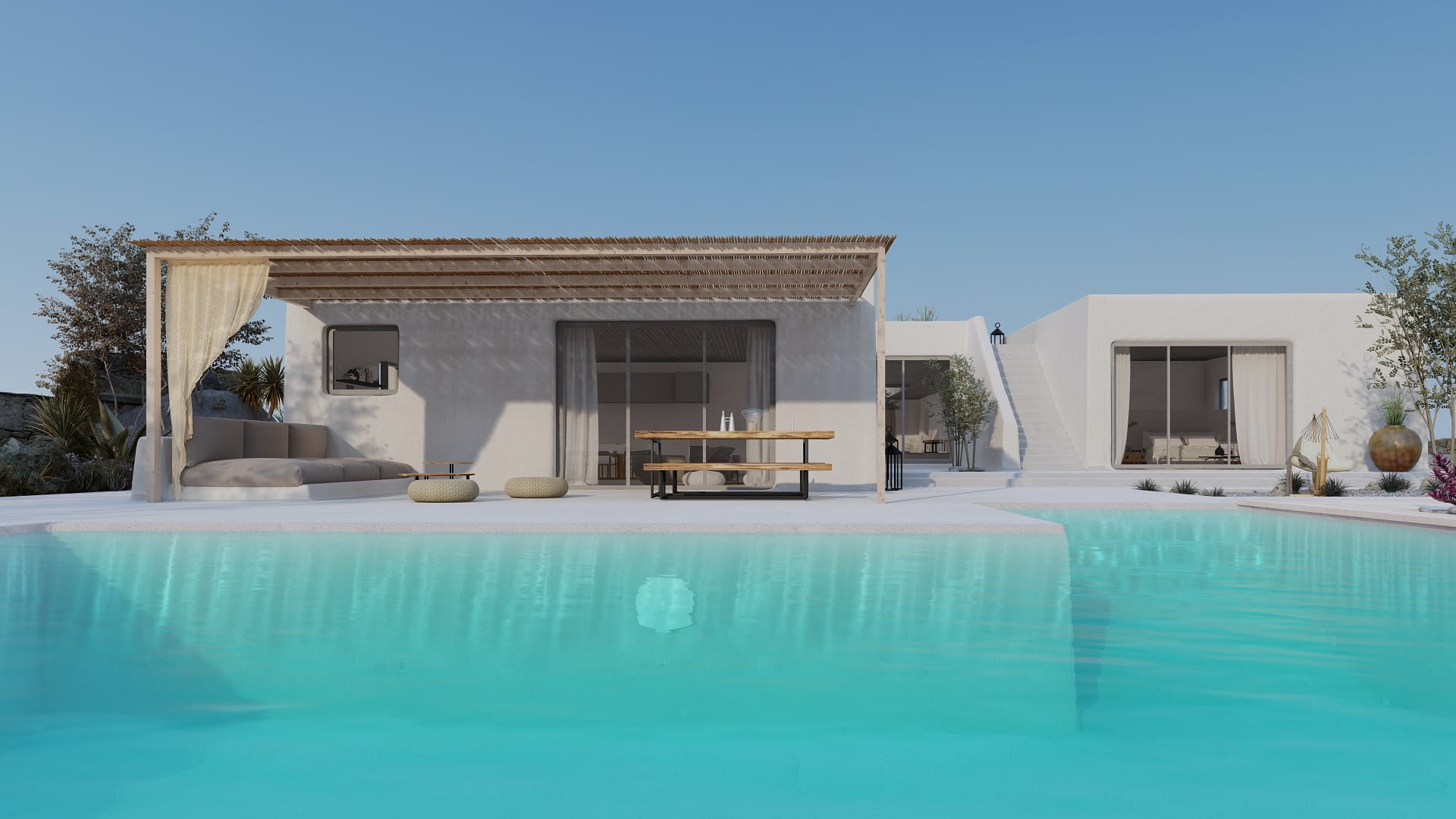 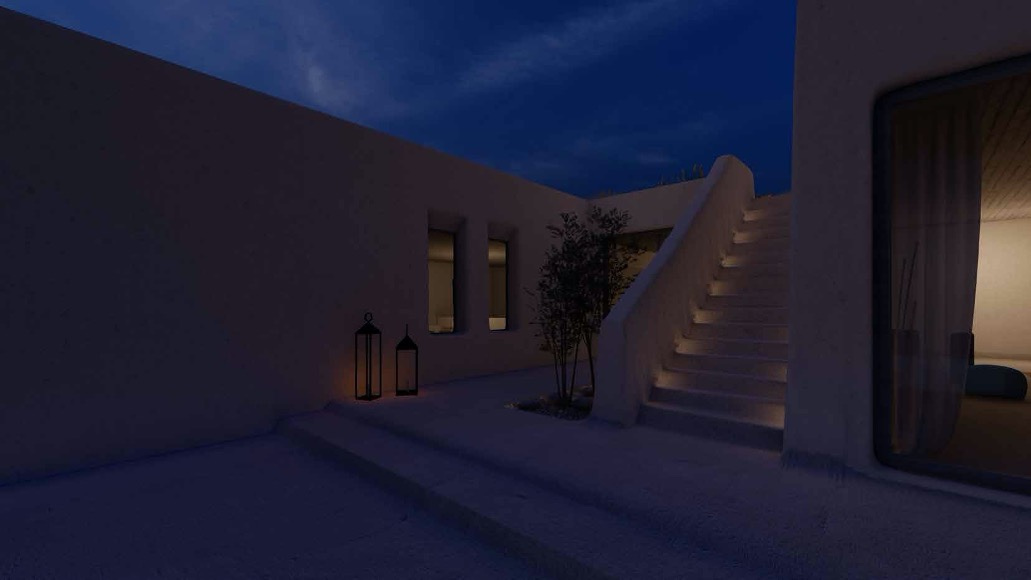 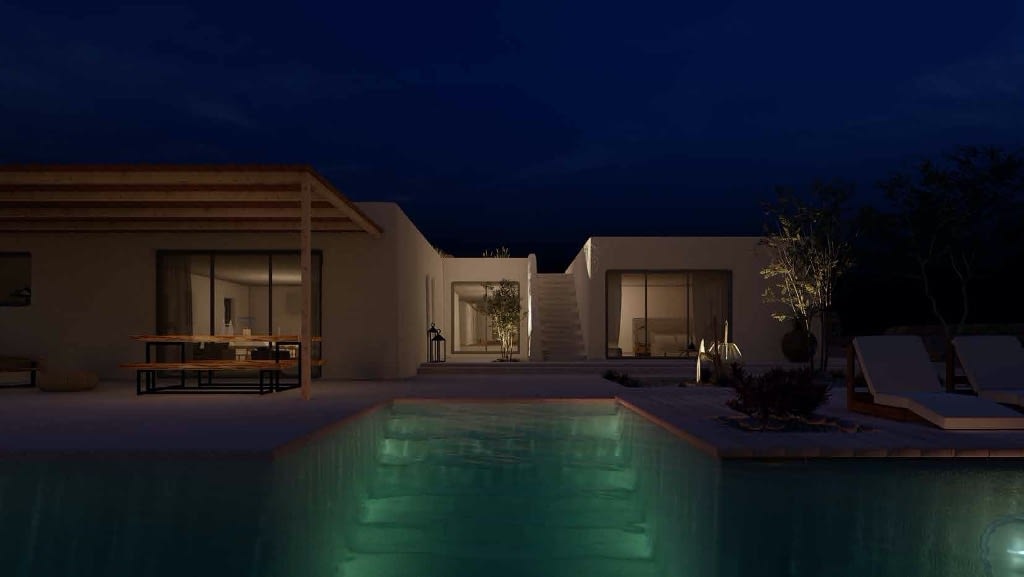 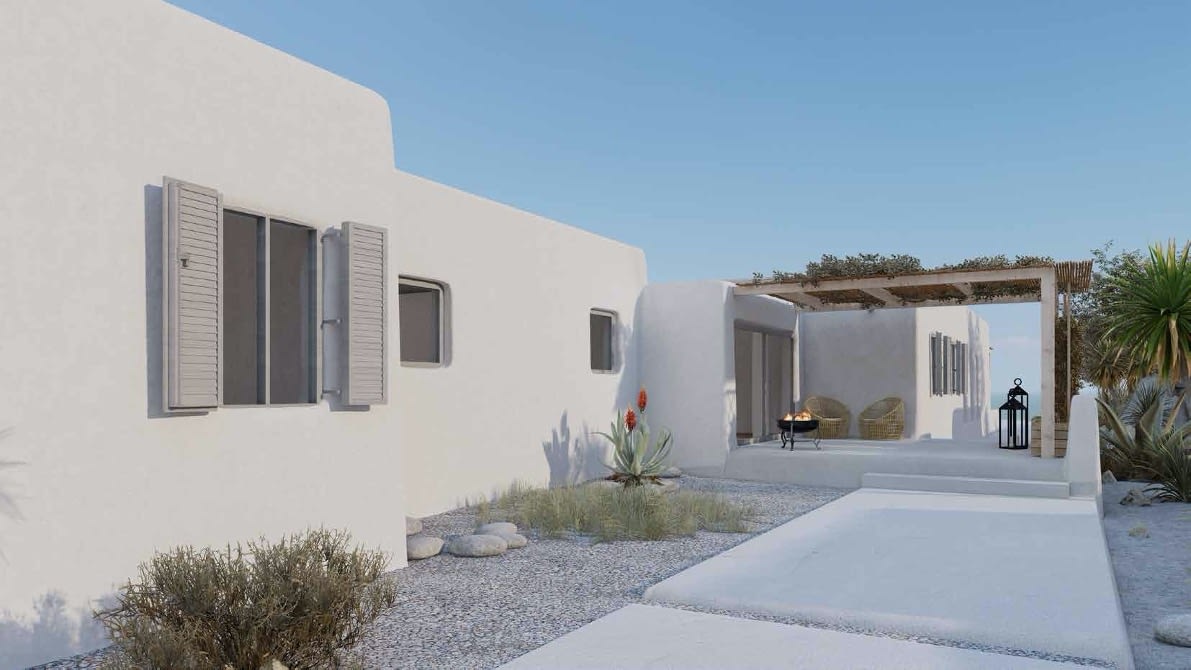 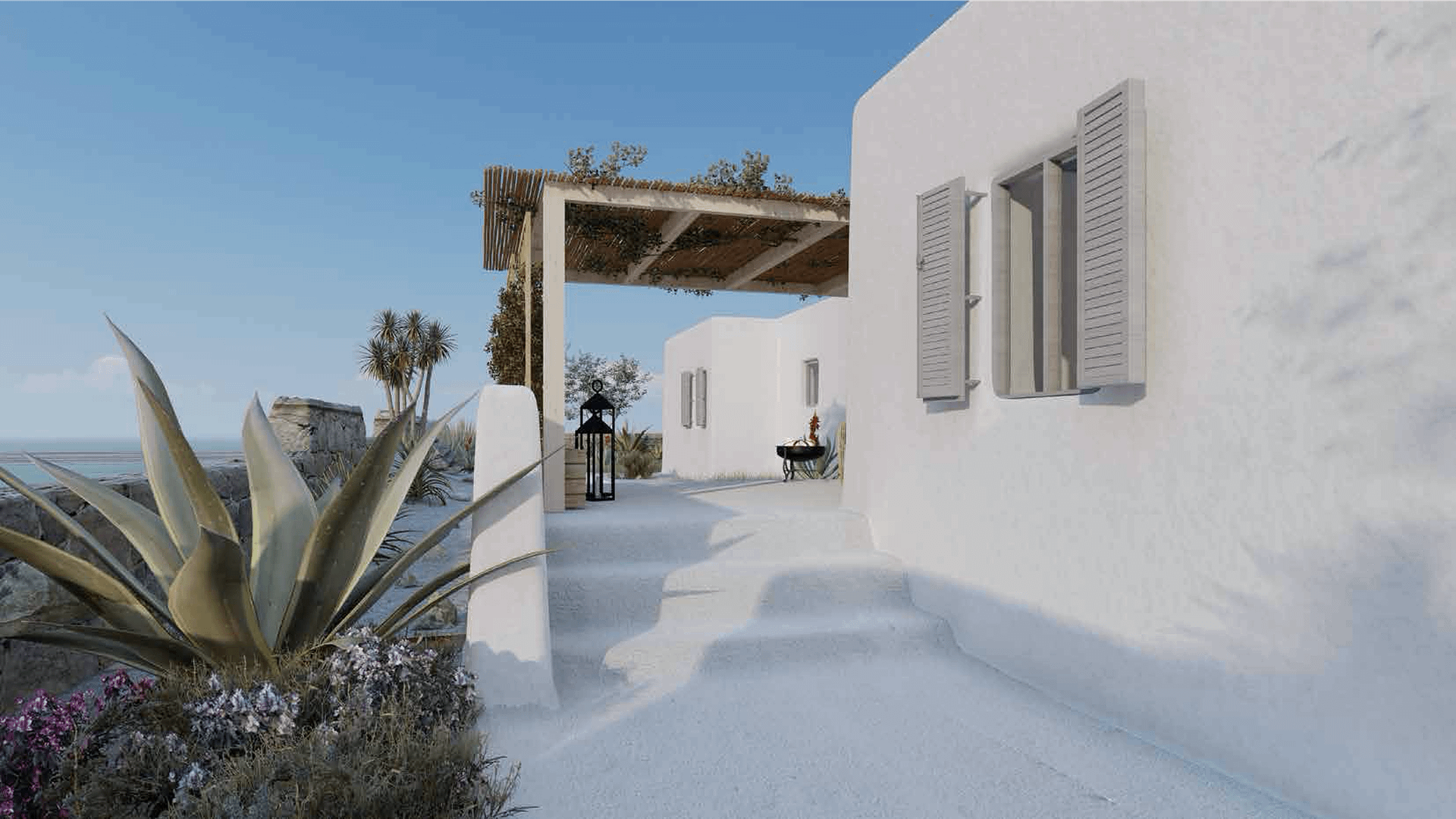 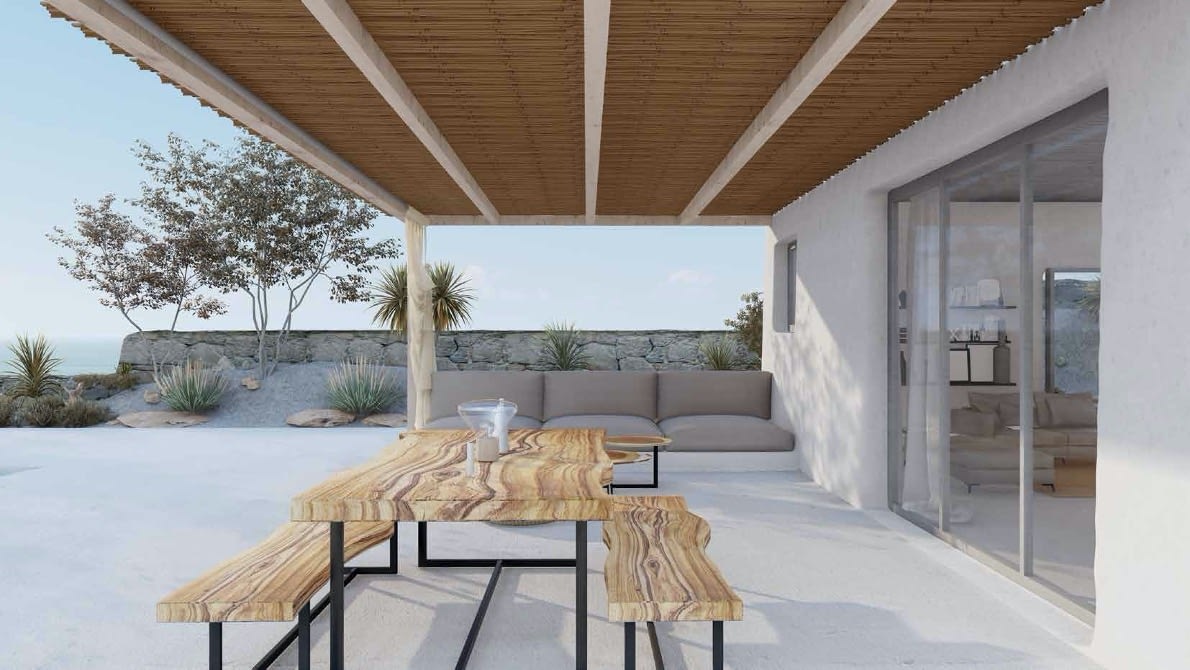 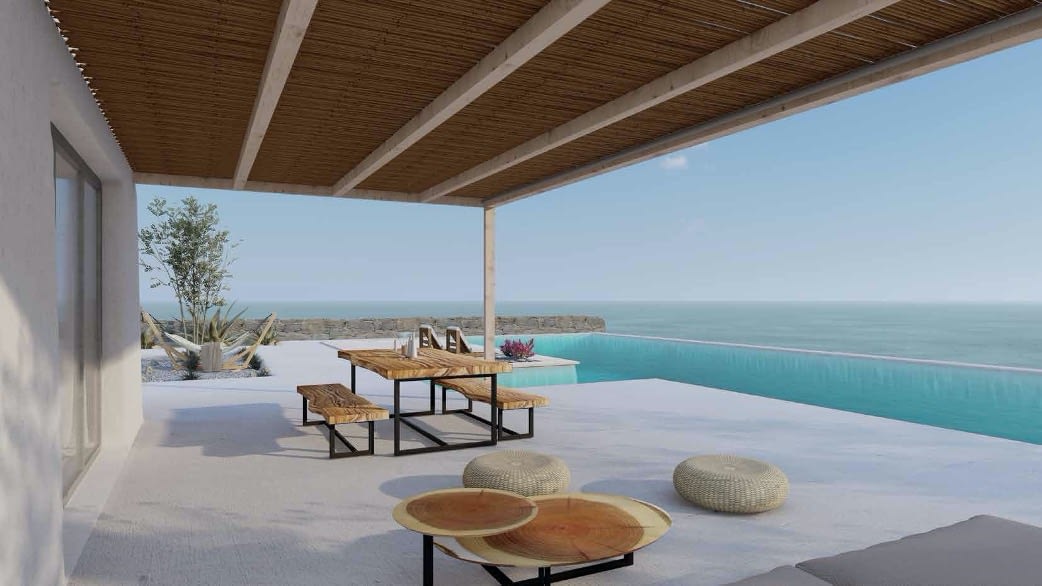 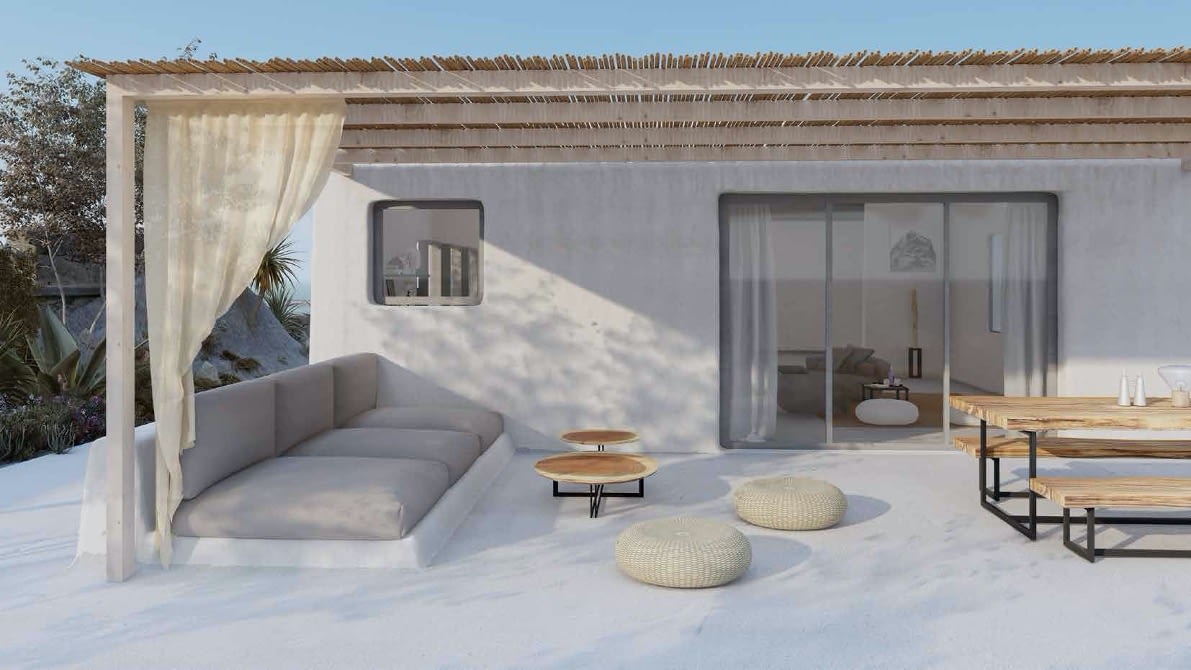